The allocation discussions began in 2011 as a direct response to the state of the key IOTC fish stocks. These stocks were rapidly declining following the historical catches of 2006. Yellowfin tuna was getting close to the over-exploited state. The Commission responded by passing IOTC Res 10/01 For the Conservation and Management of Tropical Tuna Stocks in the IOTC Area of Competence declaring to establish a Technical Committee on Allocation Criteria for developing a Total Allowable Catch (TAC) and a quota system of developing alternative measures. The negotiations had a rough start, for it was the first time, in IOTC history that member countries, especially the coastal states realised what was at stake.

The first three meetings, in Nairobi, Muscat and Kish Island,  made little progress in terms of advancing substantial discussions but debated on a set of Guiding Principles of which a more complete revision was submitted in Kish Island in 2016. Those principles appended as Appendix V of the TCAC03 Report, are given below. The most recent allocation proposal by the G16 may be found here: IOTC-2020-TCAC03-PropA

The IOTC Secretariat has been directed by the Commission to conduct a review of all available catch history in the IOTC area of competence. The purpose of such a review is to collate information on a spatial and temporal basis (individual EEZs and high seas areas over time).

There was no progress in the first three TCAC meetings in terms of delivering an allocation scheme. In 2017, the first proposal from G16 participant countries was submitted to the IOTC for its consideration in May of 2017 (Yogyakarta, Indonesia), following several G16 meeting in the Maldives Initial attempts by the European Union to block the proposals presentation in plenary, the attempt failed, though the proposal was met with substantial resistance from the Distant Water Fishing Nations members of the IOTC. However, members agreed to provide written comments after the meeting.

The proposal was revised at subsequent G16 meetings and was again submitted to subsequent sessions of Commission in 2018 and 2019 Below are links the to the various versions of the proposal as posted on the IOTC website, and to the most recent revision updated in G16 meeting held in Muscat, Oman in January 2019, and present to the TCAC06 in 2020:

Allocation Simulation of the G16 Proposal 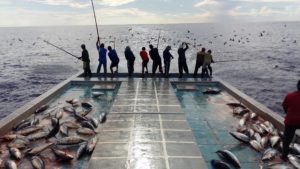 Press above image to launch Simulator for the G16 Proposal

Allocation Simulation of the EU Proposal 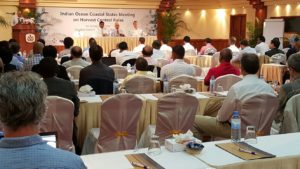 Press above image to launch Simulator for the EU Proposal